skip to main | skip to sidebar

Bit by Bit: Finding Our Humanity Online and Off 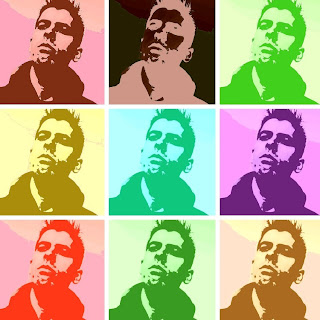 I was cruising the Web with a friend today, foraging through Fandango, pillaging on Pandora, and seeking out some juicy gems on Facebook, when it dawned on me how much power the Internet truly has. And I mean this not only in the obvious way, but also in a more visceral sense — even when you’re spending time with a person face-to-face, the Internet can enhance the moment and make it pop. It can make it all the more immediate.

I'll explain. While the social potential of the Internet is pretty duh by this point, the reason I feel this topic is extra compelling snowballed out of the fact that tonight, I wasn’t with just any friend — I was on a first date.

That's right. A first date. To wit: We were enjoying ourselves in a blur of contentment after wolfing down the best Brussels sprouts I’ve ever had, when we proceeded to huddle around the laptop. As we sat in front of the computer, the awkwardness and crushing self-awareness that hover close to most first dates suddenly began to float away — we were just there, two friends having a fun time.

“Check out the comments for this movie!” “Ooh ooh, that’s a great song!” “Wait, you know Hannah too?” “Ha! What’s that face you’re making?” “OMG, your hand looks like it’s attached to that hobbit-looking dude.” “Oh check out this video, it was shot right outside your building.” “No way, I can’t believe she spelled that with an ‘s.’ What a poser!”

And on and on. It was a get-to-know-each-other experience set to fast forward. But more than that, it was a stimulating, effortless and enjoyable evening, and the connection we made was real. And no, I don’t mean this in a romantic, schlocky kind of way, but in a satisfying, warm and intrinsically human way.

So while many might forebode technology as the beginning of the end to our humanity — chipping away at our souls and sucking out whatever’s left of our spiritual essence — I believe it can bring us closer to whom we really are. We just need to relax, enjoy it and strap ourselves in for the ride. Yes?
Posted by jpastor at 10:58 PM 168 comments:

Kooky Randomness to Beat the Block

I was contemplating the other day, as I was trying to come up with something to write about, that my creative process is jump-started by and oftentimes flows handsomely from slapdash yet specific, fixed ideas.

Case in point: I was stuck on my screenplay, not knowing how to move the plot forward when, out of the blue — and during a very unrelated yet heated discussion on Gchat — a friend of mine jokingly hurled a very unusual pseudo-insult at me: He called me an “asshat.” An asshat! Perfect! So snappy! So zany! So PG-13!

The result… My story came alive again. All I needed to do was write “asshat” into the dialogue. The scene practically wrote itself, and now I’m back on track again. The solution, while seemingly nonsensical, was in actuality very elegant and simple (props, Rubenator!).

And this is basically how I beat writer’s block — I force absurd, arbitrary rules on my writing, and then I follow through. Write a sentence with exactly 17 words. Use the rule of three. Pull a quote from a friend’s lame Facebook status update. Use a prepositional phrase separated by an em dash. Use a cliché. Whatever. Not to sound too Nike, but, you know, just do it. I'm also all about this because it’s so pop-postmodern. But I digress.

The road of random leads to the palace of wisdom. Yes? It works for me. It works swimmingly actually, more often than not. Thoughts? What are other good methods to beat the writing heat?
Posted by jpastor at 10:55 AM 11 comments:

Busting Open the Floodgates of Creativity With Bloody Force! 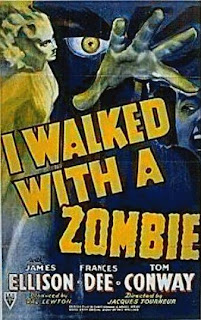 Hello guys, I’m back! After a long hiatus, I’ve decided to start blogging it out again — which I’m really excited about, as I feel I need to grease the wheels inside my head and get those creative sprockets a’churning. And I’m sure the two or three of you who read my blog are elated as well. Yeah!

So, being the iconoclast I am (ha!), I’ve decided to venture into new territory and write my first screenplay. It’s about a zombie apocalypse. Wait, wait, hear me out! I’m super psyched about it, and it’s coming along quite nicely. I don’t wanna give away too many deets, but I will say it’s helping me evolve as a writer. Fo sho.

Basically, I decided to take a screenwriting class to re-up my creative battery, as I feel that working in advertising has thrown me in a slump of late. Writing copy, I feel like, can work both ways when it comes to your personal creative development — it can either stir you in just the right way by constantly re-booting and reloading your hard drive, or it can numb you by dousing you with boring-ass waves of mind-numbing same-old. So this is me belting out my rebel yell — I refuse to let myself cruise inside a calm cavern of creative complacency.

Anyway, these zombies, the ones in my screenplay — they will cut you. They will eat you. Just like any other zombie in any other zombie movie, I guess — but that’s okay. That’s the point. Just as my creative je ne sais quoi is sputtering and pattering along, turbulent and un-killable, these zombies will come get you with clumsy but unstoppable determination. And eat your brains. Or maybe just dismember you and then use your limbs as baseball bats and your broken bones as makeshift cleavers to saw you off in parts.

So. My Totally Formula Zombie Movie starts off in New York, as we focus in on Eddie, a douchey dude who just got fired from his high-paying job. Despite his recent job loss, he’s financially well off. His problem: spiritual bankruptcy. Contrast! His life is an endless parade of parties, ennui, girls, meh, and blah. But then…

He goes to a party. And this is when the story really kicks into high gear — less than ten minutes into the film. No zombies yet, but we know something’s brewing, coming to a boil in a mere few moments.

Cut to Eddie, after-partying the night away on his friend’s yacht, looking out into the elegantly lit New York City backdrop. And then…BAM! The city loses power. What’s up, what’s going on? Someone turn on the TV, quick. Just static. WTF. Check your computer! Nothing. Phones are dead.What, how? OMFG. Terrorism? Nothing makes sense. Let’s dock the yacht and figure out what’s going on…

Stay tuned for the motion picture, guys. The poster's gonna be killer.
Posted by jpastor at 12:55 AM 8 comments: 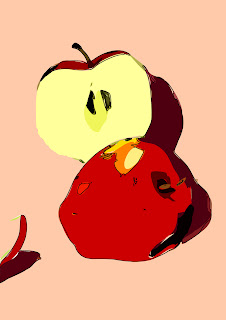 Check out my tumblelog for more postmodern posts, ventral pop videos, and stream-of-consciousness rants and raves, info-nugget style, sans any context. What is a tumblelog, you ask? Think of it as a mini-blog, with twice the flexibility of a regular blog and the same look-at-me-loom and and quirk of a "What am I doing right now?" Web status app.

It's very pop. Sometimes I feel the urge to jump on the latest online bandwagon, and that’s why I’ve decided to fire up my own Tumblr. That, plus the fact that it’s quicker to upload on my tumblelog than on this blog, and I don’t feel that pesky blogger’s pressure that pesters me to wordsmith winning prose on a regular basis. It's totally rad. What are you guys' thoughts on tumblelolgs?
Posted by jpastor at 4:59 PM 27 comments:

Cable Provider Inadvertently Gets all Reggeaton on Our Unsuspecting Selves

I love this commercial for IO Optimum Triple Play. Check it: the chola mermaid hos, the fast-rhyming wetback sea monster who's getting his tail chopped off, the pillaging Boricua pirates, the rapper dude's decidedly fashionable Latino-thug hairdo... It's all so ludicrous, the camp almost goes unnoticed. But pay a smidge of attention and you'll be hugely rewarded with a dumbfounded dose of ethnic absurdity.

So what if it plays off of a musical movement bent of taking out moral values and musical artistry everywhere the salsa sun shines? It's too funny. Estamos? Below the lyrics to this advertising mess-gone-right:

Mi gente, Optimum Triple Play is in the house!

IO Digital Cable
Watch a lot of channels, whenever you're able.
HD is free, let me put it on the table
For $29.95, you get to sign the label

Optimum Online, so fast so fine,
Dial-up and DSL you gonna leave it behind.
C'mon mi gente, let's get online
For $29.95, it'll blow your mind.

Optimum Voice, call your mom, call your date
Call all you want from state to state,
Puerto Rico and Canada just one flat rate.
For $29.95, do I have to translate?!?

Remember you can get Optimum Voice Worldcall
Talk with anybody in the world, so call!

The savings are for real,
The Triple Play is the deal.
Estamos.
Posted by jpastor at 12:16 PM 316 comments:

Morph it Like a Polaroid Picture — Internet Events Flicker, Fade Away

As I was catching up on my online reading today, perusing my daily blog roundup for salacious posts on the latest Britney shenanigans, I came across this nifty little site that uses insta-technology to serve up some tantalizing results. The idea behind MorphThing is simple: With a few effortless clicks and drags, you can morph uber-known famous faces together to create quirky-if-somewhat-eerie images of celeb-hybrid spawns.

What sets this site apart from others of the same kin is the ease with which these morphs can be produced, the realism of (some of) the images, and the different Web 2.0 functionalities leveraged by the site. There are rankings, user ratings, comment streams, blog threads, homepage updates, e-mail-a-friend — the whole works. Hell yeah!

I know, I know, as a buzzy e-concept, Web 2.0 may be totes five-minutes-ago, but when it comes to consuming and blogging about sites like this, the term seems to fit the bill just right. MorphThing is the kind of Internet distraction that curious netizens like myself eat up in a heartbeat, if only to pass it on to our digital contacts in hopes we’re the early adopters of an inevitable viral cascade. It’s so digital zeitgeist: Play around with the site, tell your friends, recommend, get obsessed, tire of it, get over it, discard and move on to the next digital discovery.

Internet relevancy today is most glorious when it’s sugary and fleeting. Here today, gone tomorrow. A digital flash in the pan. Says so much, yet says nothing at all. Burns bright, then RIP. Like MorphThing. Amusing? Yes. Crafty? Also. Mind-blowing? Meh. Life-changing? Not so much. But it’s got some blogs a’buzzin’. Thoughts?
Posted by jpastor at 3:45 PM 6 comments:

This is my personal blog. Opinions expressed here do not necessarily reflect those of my employer.

Top of the BIll

Tags For All Your Tastes